While Saguaro National Park is the crown jewel of the Tucson area there are many other great locations.

Google Map of the Tucson Area

Here is a Google map showing the locations of the above as well as most of the many trails in Saguaro National Park:


To view the map in Google Maps please click anywhere on the map above.

Saguaro National Park is comprised of two districts, an east district and a west district, separated by the City of Tucson. It takes about 45 minutes to drive from one district to the other, so plan your trip accordingly. Below are the official Saguaro National Park maps for both districts as jpegs and in three geocoded formats, as GeoTiffs, as KMZ files, and in Oruxmaps format. The official park map as a PDF for the east district can be found here, and the map for the west district here . The jpeg image below displays in low resolution, however if you download it you will get a full resolution 300dpi image. To download the full resolution jpeg right click on the image and choose Save Image As. 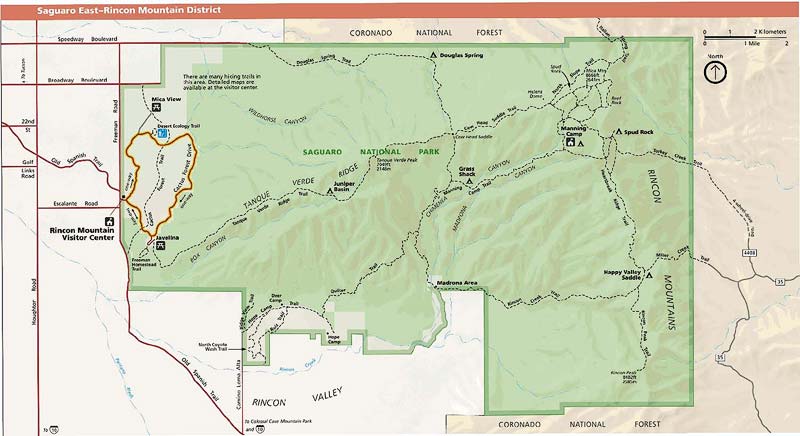 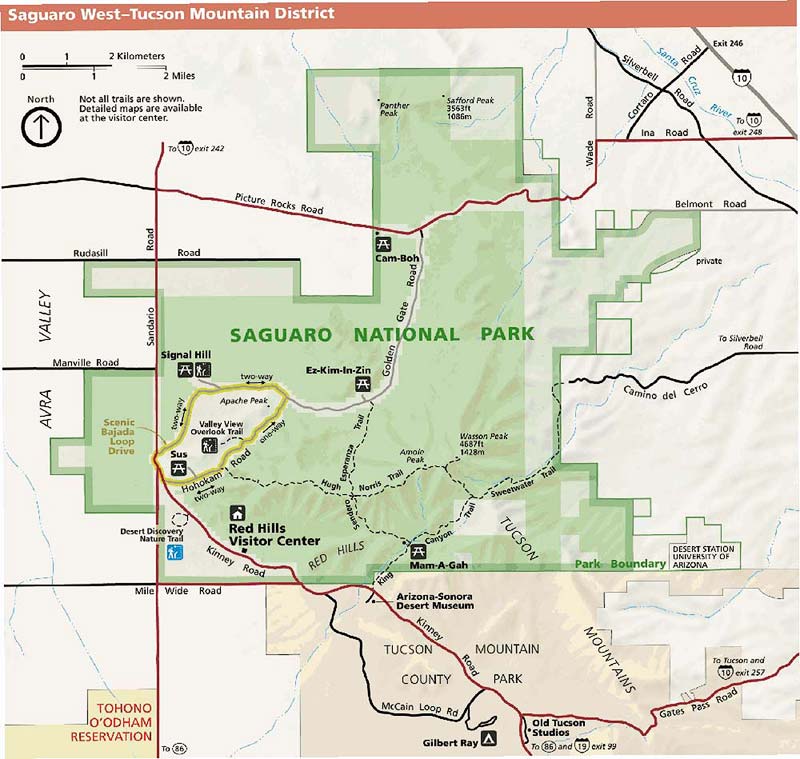 The east district of Saguaro NP is covered by four 24K topo maps, and the west district by two. For reference here are images showing the names of all six topo maps and their locations. Individual topo maps can be downloaded from the tables following these images, as can merge maps covering all of Saguaro National Park. 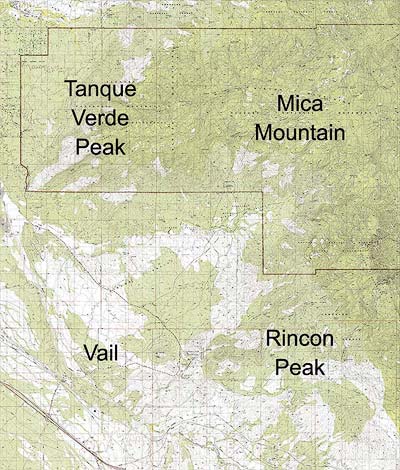 The tables below contain KML and GPX routes for 50 hikes. The hikes have been divided into two groups, those in the Saguaro NP East and those in Saguaro NP West. Many of the trails are out and back but often several trails can be combined to produce a loop. Alternatively if two vehicles are available some great one way hikes can be constructed by combining several trails. Hiking distances shown below are one-way for out and back trails and total round-trip for loop trails. To use the information below first select a hike using a different source such as a book on Tucson hikes and find the corresponding trail (or trails) below. Download either a KML or GPX file to your GPS or phone. You can then follow the trail on your GPS / phone as you hike. You can also download a KML file to your PC or MAC and view it in Google Earth. In Google Earth 3D views are available, and you can see an elevation profile by right clicking on a trail.